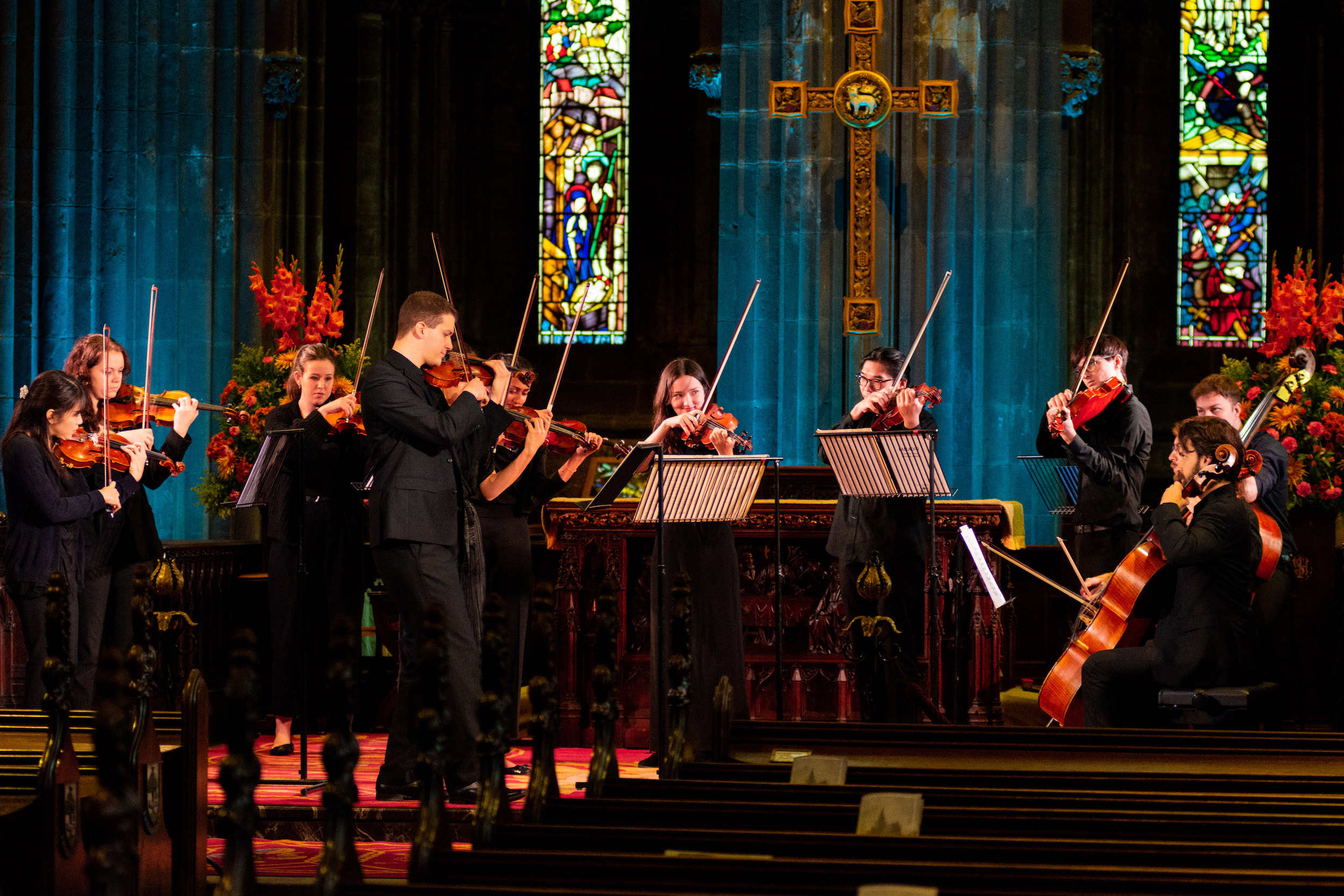 Broen Ensemble is a young and exciting string ensemble based in Scotland. Formed in 2017 they strive to perform works that are less well-known or rarely played, alongside the more familiar masterpieces. This ambition led them to work with exceptional musicians such as Greg Lawson, Robert Irvine, György Déri and Edward McGuire whose new cello concerto is going to be premiered by the ensemble.

As winners of the Tunnell Trust Award 2019 they are set to have their first tour in Scotland next season. In 2020 the ensemble was invited to perform alongside the Maxwell Quartet and Isabel Charisius at the Loch Shiel Festival as featured Young Artists. Other festivals they appeared at include the Edinburgh Festival Fringe and the Glasgow Cathedral Festival which gave them the opportunity to open the Lunchtime Concert Series at the University of Glasgow in 2019.

The size of the group changes from quartet to large ensemble which allows them to be more creative when choosing their repertoire. To support them in their work, the Royal Conservatoire of Scotland held the ensemble’s first concert and later engaged them for a three-year recital and ballet collaboration commitment which included performing at the opening of the Solheim Cup in 2019. Recognising their success, Chamber Music Scotland (formerly Enterprise Music Scotland) invited them to perform at their Showcase Concert and then featured the ensemble on their website.